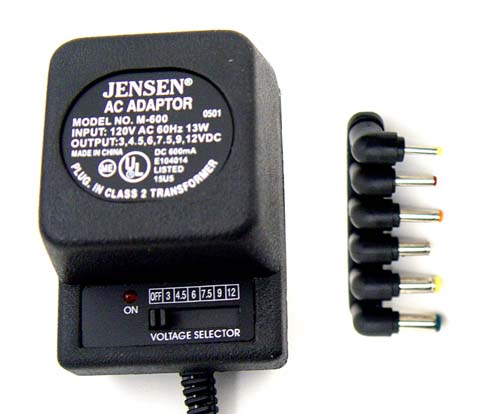 The reflex response offered by many when they hear of someone using a covered option strategy is that such is a ridiculous strategy, because you give up unlimited upside potential.

“Isn’t that why you buy stocks?”

That kind of response conveniently ignores the dual facts that the majority of calls expire worthless and that most buy and hold investors don’t seem to know when to sell their gainers. It also ignores long term results.

A quick glance of any stock chart will conform that prices go up and down and often very abruptly. While greed rears its ugly head convincing the average investor to “wait just one more day” before taking profits, the floor can fall out from under pricing support much more quickly than most are willing to admit can happen.

But the reality is that as successful as a covered option strategy can be during a typical market phase that sees alternating currents of ups and downs, the bane of such a strategy is a sustained move higher.

For one, I’ll be happy to see January 2013 move to the record books, just as I felt the same way about January 2012. However, the hallmark of any reasonable approach to unforeseen issues was best summarized by Wilbur Ross, the famed investor and serial turn around artist.

“Go with the punches,” he responded to Matt Miller, host of Bloomberg Rewind during a recent interview.

I find that rules are critical when applying an investment strategy, but recognize that a changing environment may warrant alterations to a strategy. Of course, the real challenge may be recognizing that the environment is changing. That’s a different issue.

I tend to be an all or none kind of person. I know that it’s nice to have the discipline to think in terms of aliquots, for example taking some profits off the table when a stock surges, by selling just a portion of your shares and “playing with the house’s money.”

I tend to buy shares of companies in multiple lots at varying prices, especially when value of existing shares is declining. I also tend to consider each lot as a separate entity, rather than melding them together to form a faceless average. Because of that practice I often have holdings assigned at various strike prices or some assigned while others either uncovered or unassigned.

My feeling is that I would prefer to receive a satisfactory premium for one lot, while awaiting for some price recovery on the other lot, rather than receiving a mediocre premium for a blenderized amalgam of shares.

Holding back on shares in order to receive a more equitable premium is the basis for approaching a bull market, as well.

Obviously when the market is pushing higher there is logic to wanting to optimize capital gains from shares. However, for those that are dependent to some degree on the generous income that can be developed from a portfolio of covered stocks, doing so may not be as readily accomplished.

There are essentially two potential solutions and approaches that can be used in a bull market.

The first, selecting higher strike prices in order to achieve greater capital gains from shares when assigned sounds great, but when volatility is low, so too are premiums and it may become very difficult to replace income.

The second approach is the AC/DC strategy. Alternating Calls with Don’t Cover (your positions).

In the AC/DC strategy rather than selling calls on 100% of your shares in any particular position, you sell calls on just a portion. For convenience sake, lets assume that 50% of your position is covered. The remaining portion is left unhedged and is eligible for that common occurrence, at least according to critics, unlimited profits.

However, lets assume that the expiration date of your option is approaching and shares are near their strike price. I typically would look for an opportunity to roll on option forward into a new one. Doing so would require executing a “Buy to Close” transaction followed by a “Sell to Open” trade.

However, consider instead letting your covered position go to the end of its contract date without any intervention. Had it ordinarily been a candidate for a rollover trade, instead sell new call options on the currently uncovered position. By doing so not only do you incur one less trading commission, but you’re not required to repurchase your option contracts on the earlier trade.

In instances when calls are sold only on a portion of shares, the need to rollover contracts will be decreased, thereby reducing trading costs, as well as the costs associated with the BTC transactions. Instead of “rolling over” contracts they would be “rolled forward.” That is the uncovered shares would then have contracts written on them for the coming option cycle, allowing the covered positions to either expire, be assigned or rolled over in the traditional fashion.﻿

And as they say on the infomercials, “But wait there’s more.” Not only can you avoid the potential cost of buying options back, but you don’t have to wait for Thursdays for new weekly options to become available, as is typically done with rollovers.

Alternatively you can also toggle between various strike prices with your lots being more responsive to prevailing market sentiment.

On the negative side, the more dependent one is on option income the prospect of having a portion of your assets not generating revenue may be problematic. However, during a bull phase your uncovered shares are also unencumbered and can be more easily sold if capital gains are sought. Additionally, the savings from fewer trading commissions and fewer repurchase costs accrue immediately to your bottom line.

In an ideal situation there would instead be a stream of trades as you toggle your shares between covered and uncovered more consistent with market direction.

As a very simple example, consider the case of MolyCorp (MCP), a stock held in the speculative portion of the Option to Profit portfolio.

As background, the portfolio held two lots of shares, having successfully closed numerous prior lots. Of the current open lots, one was purchased on September 24, 2012 at $11.67. That’s quite a distance from the current price of $7.43 (February 1, 2013). On a positive note, in the interim that lot of shares has accumulated $2.20 of net premiums, after 10 rounds of option sales to date. The gross premiums accrued was $2.53, with $0.33 representing the costs of re-purchase transactions. Additionally, trading costs must be considered.

The very next day, those call contracts were bought back at a cost of $0.11/share and rolled over to a new weekly contract at $0.33. Subsequently, the same was done on January 31, this time repurchasing at $0.08 for an additional $0.24 premium.

The result of those trades was to accumulate $0.57 of premium.

However, an alternate pathway may have been more rewarding, had only half of all shares been covered at the outset by having sold call options.

The problem with the traditional rollover trade is that frequently fear makes you overpay when buying back an option. You do so, most often on a Thursday before Friday expiration when your shares have traded higher but are still below the strike price. The fear that comes in relates to the concern that if you don’t rollover your position now when the opportunity presents itself you may find that on expiration day shares can fall and you won’t be able to secure a satisfactory premium for the next option cycle. Besides, there’s nothing worse than a stock that’s not paying its rent. Most covered call writers would much rather see their shares get assigned than sit around uncovered, therefore, the urge to cover, even when relatively expensive to buy back shares.

During weeks of holding shares of either lots there were frequent occasions during the midst of the option cycle that the strike price had already been exceeded. While such a situation may be a potential liability for covered shares, they are a perfect opportunity for the uncovered shares. After all, what better time to sell calls than into price strength?

In fact, that is the premise. Much as Reagan had preached “Trust, but verify,” the AC/DC STrategy seeks to be cautious by using covered calls, but to aggressively exploit interim price movements, especially during bullish periods.

The technique is best suited for such periods, but may also be useful for those that maintain larger positions or who do not like the ticking clock that is part of the rollover process. The AC/DC Strategy component of the overall strategy can be implemented at any time that opportunity presents.

Certain stocks will lend themselves more to this technique than others. The best candidates are those that have extended weekly potions available, such as Facebook, Bank of America and Apple. Stocks that have weekly options, such as MolyCorp may also be very good candidates, but the decision to cover uncovered shares may necessitate the use of monthly options if suitable weekly premiums are not available.

Additionally, this variant technique requires at least 200 shares of a position to be utilized. Like most trading strategies there is pricing efficiency related to size, particularly when trading option contracts.

The Trading Alerts for implementation of the AC/DC strategy will follow the template:

Such Trading Alerts may then be followed up by a subsequent alert for the initial lot of shares as expiration nears.

For those that prefer a more reliable stream of option premium income and would like to minimize the incidence of uncovered shares, the AC/DC strategy may not be suitable. However, that is a decision that each subscriber may make, perhaps even on a trade by trade basis. As mentioned earlier, the AC/DC strategy may result in a continuing stream of trades that toggle back and forth in concert with market trends.

Don’t forget to read about the Split Option Strategy﻿